This book is a critical study of social housing in the UK between 1997 and 2010. In that period, following the riots in 2001 in some northern cities in England, the government of Tony Blair crafted the policy of community cohesion around the importance of social capital, and focused their housing policies on making social housing a vehicle of community cohesion. Dr Kemi Atanda Ilori examines this policy initiative as it developed in certain housing locales in Bradford, one of the cities affected by the riots in 2001. Exploring key theories in social capital, particularly, Putnam’s and governmentality, particularly, Foucault’s, Ilori argues that the experiences of residents in racially mixed social housing locales appear to suggest that social housing as a vehicle of community cohesion can only succeed when residents in racially segregated communities de-emphasise the ethnic and cultural barriers that wall them in and keep others out. For this they need interculturalism, not multiculturalism.

There are no reviews yet.

Be the first to review “Social Capital and Community Cohesion: The Role of Social Housing in Building Cohesive Communities” Cancel reply 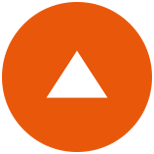 This website uses cookies to improve your experience while you navigate through the website. Out of these cookies, the cookies that are categorized as necessary are stored on your browser as they are essential for the working of basic functionalities of the website. We also use third-party cookies that help us analyze and understand how you use this website. These cookies will be stored in your browser only with your consent. You also have the option to opt-out of these cookies. But opting out of some of these cookies may have an effect on your browsing experience.
Necessary Always Enabled
Necessary cookies are absolutely essential for the website to function properly. This category only includes cookies that ensures basic functionalities and security features of the website. These cookies do not store any personal information.
Non Necessary
Any cookies that may not be particularly necessary for the website to function and is used specifically to collect user personal data via analytics, ads, other embedded contents are termed as non-necessary cookies. It is mandatory to procure user consent prior to running these cookies on your website.
Analytics
Analytical cookies are used to understand how visitors interact with the website. These cookies help provide information on metrics the number of visitors, bounce rate, traffic source, etc.
Save & Accept
Powered by